What Does A Change in Senate Control Mean for Ohio’s Marijuana Laws?

Posted on January 6, 2021 by CannabisLawAndPolicy 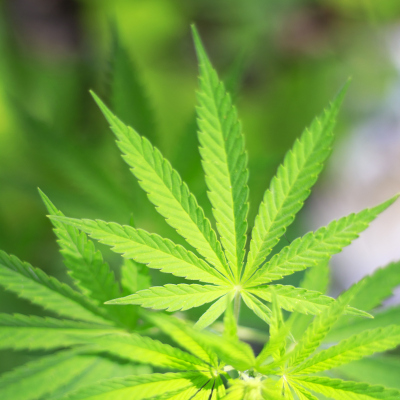 With 2020 in the rearview mirror and much of the country suffering from election season fatigue, many people were not following yesterday’s special election in Georgia. However, with control of the United States Senate hanging in the balance, the results of the election have far reaching implications for a number of policy matters, including marijuana reform. Those implications are not limited to federal law – Ohio’s own marijuana laws are likely on the table.

On December 4, 2020, the House of Representatives passed the MORE Act, which would deschedule marijuana under federal law and implement other progressive marijuana reforms. That bill did not receive a vote in the Republican-controlled Senate. However, then-Minority Leader Chuck Schumer promised that, if the Democrats were to retain the majority, he would do “everything” he could to end federal marijuana prohibition.

Yesterday, two Republican Senators faced off against two Democratic challengers in the state of Georgia’s special election. Multiple news outlets have already called one of the races for the Democratic challenger, Raphael Warnock. As of writing this post, challenger Jon Ossoff is leading incumbent senator David Perdue. If John Ossoff wins the race – which seems likely – then the United States Senate will be evenly between Republicans and Democrats, positioning Vice President-elect Kamala Harris to cast any required tiebreaking votes. Remember, she had previously committed in this past fall’s Vice Presidential Debate to decriminalize marijuana if elected.

If Democratic leaders follow through on their prior commitments to reform federal marijuana laws by descheduling marijuana, that could have an immediate impact here in Ohio. Pursuant to Revised Code section 3719.43, when a drug is removed from the federal list of controlled substances, such removal is “automatically effected” under Ohio law. In other words, the possession and sale of marijuana in Ohio would “automatically” be legal (and basically unregulated) outside of the medical marijuana control program.

And Ohio is not alone in facing this new reality. Numerous states are considering adopting adult use programs this year, including New York, Connecticut, New Jersey, and Virginia. Even Republican-leaning states like South Dakota and Montana are reckoning with ballot initiative results that legalized adult use marijuana in their own states.

If one thing is clear following these past elections, it is that 2021 seems could be the year that marijuana reform advocates have been waiting for.

If you have questions about what these new developments mean for you and your cannabis business, please do not hesitate to call Tom Haren or one of the other Frantz Ward Cannabis Law Attorneys.