Posted on February 8, 2017 by CannabisLawAndPolicy

The Department announced recently precisely how it intends to divide the state for purposes of cultivator licenses, and the result ends up with Northeast Ohio’s quadrant including what will likely be 4 of the more competitive counties in the state for medical marijuana cultivation: Cuyahoga, Summit, Mahoning, and Lorain. Here is an image from the Department’s announcement: 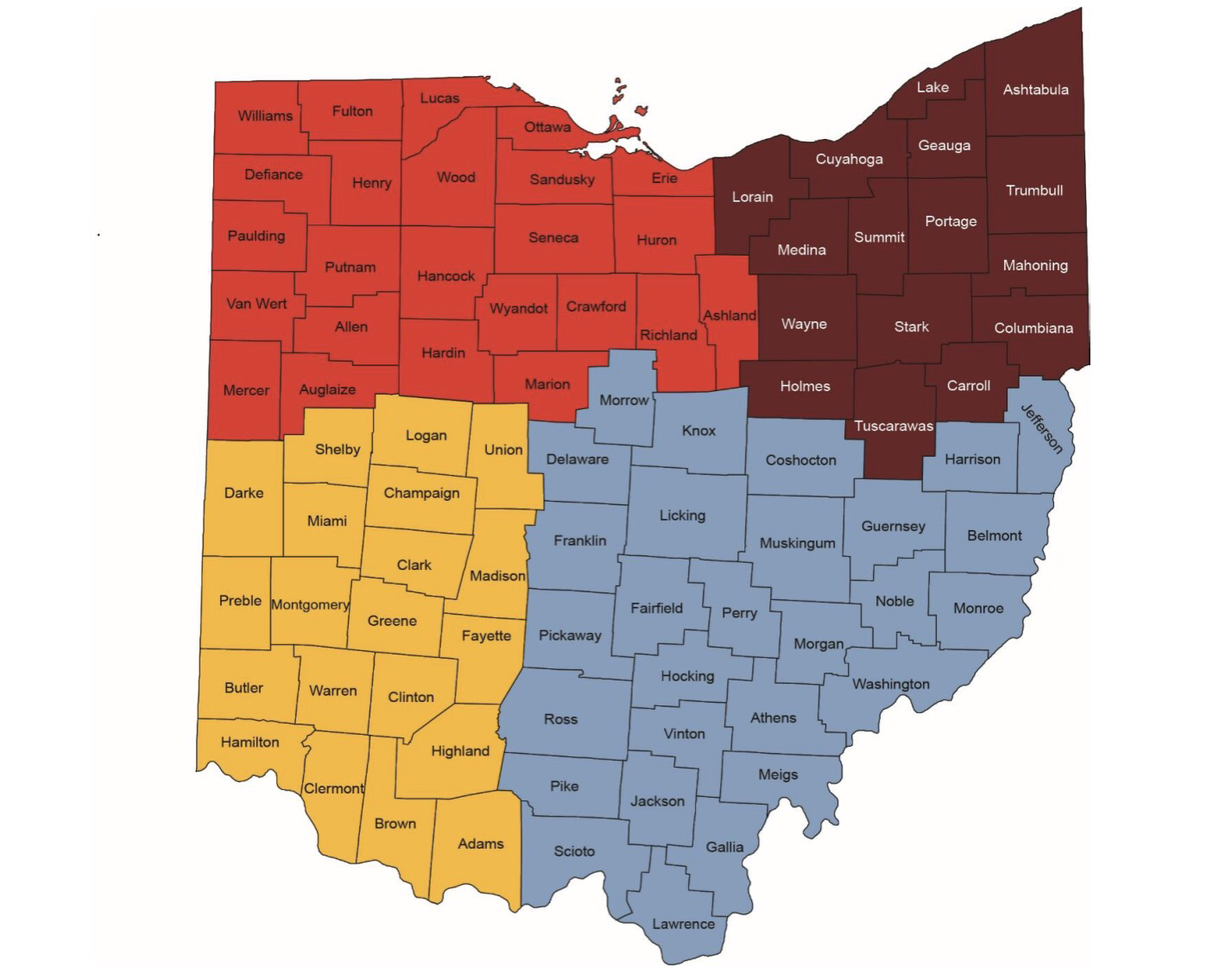 This design runs the real risk of making some quadrants so competitive that well-qualified applicants are shut out based solely on the number of applicants in that territory. In other words, the 5th best Level I applicant in Northeast Ohio may very well be a more qualified applicant than the top applicant in Northwest Ohio, but there will only be 3 Level I licenses awarded in Northeast Ohio. Furthermore, such large territories may encourage consolidation of applicants in closer proximity, as opposed to having cultivators more widely disbursed as would be the case if Ohio had a larger number of territories.

It will be interesting to see if this map changes at all as we continue with the rule-making process, and do not be surprised to see some border counties transition into neighboring territories (for instance, Lorain could very well end up as part of the Northwest quadrant).

On January 27, the Ohio Medical Marijuana Advisory Board met and received an update from the Board of Pharmacy on the comments received relative to the proposed dispensary rules. Notably, the Board referenced three major changes to its initial draft rules:

New dispensary rules have not yet been issued, but rest assured I will post an update when they are.

The Department of Commerce also proposed its initial set of draft rules for Ohio medical marijuana processors. The first round of public comments are being accepted through close of business on February 10, 2017. Here are the highlights:

Check out the latest draft processor rules by clicking here.

Stay tuned as Ohio continues its rule-making process. And, in the event you are interested in getting involved in Ohio’s medical marijuana industry (whether as a cultivator, processor,  or dispensary operator), don’t hesitate to contact us at (216) 566-8200 for a free consultation to discuss your plans.