In Ohio, it’s Illegal To Drive a Car if You’ve Used Marijuana in the Last Two Weeks

Posted on February 25, 2012 by CannabisLawAndPolicy 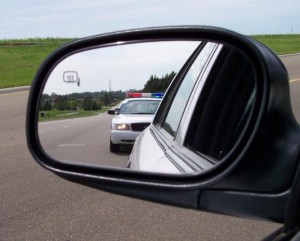 See, Ohio has various “per se” rules when it comes to impaired driving (OVI), including the .08% BAC threshold for alcohol. If you’re pulled over for an OVI and your BAC is above that limit, then you are legally too drunk to drive, despite the fact that you may not be impaired at all. Your BAC is not just evidence of impairment, but determinative of it.

On the flip side, you can still be convicted on an OVI charge despite being under the legal limit. It’s an interesting bit of intellectual gymnastics — if you’re over the limit then the limit is the only factor that should be considered; if you’re under the limit, then it’s not.

When it comes to alcohol many people have no objections to the .08% legal limit because they believe that any person above .08% blood alcohol is impaired. Not every person under .08% is unimpaired, but every person over .08% is.

But what if that wasn’t the case? What if we prosecuted people for having something in their system that actually had no impairing effect whatsoever? Wouldn’t that be dumb?

In Ohio, it’s illegal to operate a vehicle if you have the following “per se” amounts of what I call a “marijuana-type” prohibited substance  in your system:

Let’s ignore the fact that these amounts are more arbitrary than the BAC limits when it comes to judging the impairment of the person using the substance, since even the National Highway and Traffic Safety Administration admits that:

[it] is difficult to establish a relationship between a person’s THC blood or plasma concentration and performance impairing effects. Concentrations of parent drug and metabolite are very dependent on pattern of use as well as dose.

Instead, let’s focus on what these limits actually mean.

Now, there is some conflicted evidence about how long marijuana metabolites can stay in a person’s body, depending on what kind of marijuana user the person is. Some THC metabolites have an elimination half-life of 20 hours. However, some are stored in body fat and have a elimination half-life of 10 to 13 days. Most researchers agree that urine tests for marijuana can detect the presence of the drug in the body for up to 13 days.

However, there is anecdotal evidence that the length of time that marijuana remains in the body is affected by how often the person smokes, how much he smokes and how long he has been smoking. Regular smokers have reported positive drug test results after 45 days since last use and heavy smokers have reported positive tests 90 days after quitting.

Let’s say you wreck your car, and the police think it’s because you were under the influence of some type of drug. But let’s say you weren’t — you hadn’t used any controlled substance, alcohol, or even tobacco in two weeks. In any event, the police mistake your concussion for impairment, arrest you for OVI, and test your urine for controlled substances. Remember, Ohio has an implied consent statute stating that every person using a car on the road has given their implied consent to be drug tested by law enforcement when arrested for OVI.

Your specimen goes off to the lab, and lo and behold you test above the “per se” limit for marijuana metabolites two weeks after you smoked with your friends. So here’s where you find yourself: you’re charged with a crime called “operating vehicle under the influence of alcohol or drugs” despite not being under the influence of any alcohol or drug.

Get it now? The Ohio General Assembly didn’t just criminalize operating a vehicle while impaired, they literally made it a crime to operate a vehicle if you’ve used marijuana within the last 2 weeks (or maybe even longer). As long as those metabolites are in your system, you can’t drive.

This law is not about protecting people. This is the government using the implied consent statute (enacted supposedly to protect drivers) to prosecute drug offenders, even where their past use posed no harm to anyone on the road at the time they were arrested.